228: Freedom (Or: Attending to Some Lessons taught by Flies and Dogs)

Regular readers of this blog have every reason to have expected that the title of this Post would have been, “the Imagination Contemplative,” an exposition of Ruskin’s third aspect of our imaginative faculty. But although I have read his passages discussing this capacity well and often, I have found that, of the three elements of the imagination–Associative, Penetrative, and Contemplative–it is the least easily graspable, the aspect for which, uncharacteristically, he gives the least number of good explanations or definitions. And so, as I pondered this conundrum (it may very well be that soon there will be a Post entitled, “The Imagination Contemplative.”) I considered that, in the interim, I would offer another of his wonderful reflections on another central issue of all our lives.

During his lifetime, Ruskin was often criticized as an enemy of freedom. Such he would readily admit he was. “No one,” he wrote somewhere, “is ever so free as a fish,” his studies always leading him to the conclusion that human beings are here for a purpose and that in order to secure that purpose (which, fundamentally, is to discover ways to help their fellow human beings get through life) one had to make up one’s mind to find such pathways and then set oneself, in one’s daily life, to the gaining of these. The idea that we all should be free in all things we do was to him anathema. Every mature human being has perpetual responsibilities–this day, yesterday, tomorrow. And so today’s quote, which is taken from his  wonderful, and very much neglected, later work, The Queen of the Air (1869) is one where he tackles the critical issue of freedom and its desirability. As he makes clear, our modern idea that applauds freedom in all things is little more than foolishness collectivized. To explicate the idea he presents two wonderful examples, one of absolute freedom and the other of the consequences attending a form of benevolent slavery, talks about each at some length and, then, at the end of his thought, reassesses the idea of freedom and its desirability, hoping, by so doing, he will have shown us that, whatever we had thought about freedom previously. it was inadequate to a true understanding of the issue as it touches on our lives. It is a near-perfect exercise in the Imagination Associative transmuting into one of the Imagination Penetrative–and perhaps, though we shall have to wait for the above noted “missing Post” to determine this definitively–of the Imagination Contemplative.

I believe we can nowhere find a better type of a perfectly free creature in than in the common house fly. Not free only, but brave, and irreverent to a degree which I think no human Republican can, by any philosophy, exalt himself to. There is no courtesy in him; he does not care whether it is a king or a clown he teases; but, in his every step of his swift mechanical march, and in every pause of  his resolute observation, there is one and the same expression: of perfect independence and self-confidence, and conviction that the whole world has been made just for flies.

Strike at him with your hand, and to him, the chemical fact and external aspect of the matter is, what to you it would be if an acre of red clay had torn itself from the ground in one massive field, hovered over you in the air for a moment, and then came crashing down with purpose.  He steps out of the way of your hand, and alights on the back of it. You cannot terrify him, nor govern him, nor persuade nor convince him.  He has his own positive thought on all matters; not an unwise one, usually, for his own ends; he will ask no advice from you. He has no work to do –no tyrannical state to obey. The earthworm has his digging; the bee her gathering and building; the spider her cunning net-work, the ant her treasury and accounts. All these are comparative slaves or people of vulgar business. But your fly is free in the air, free in  the chamber – a black incarnation of caprice; wandering, investigating, flitting, flirting at his will, with rich variety of choices and feast from the grocer’s sweet window to the butcher’s backyard; from the galled place on your horse’s back, to the brown spot in the road, from which, as the hoof disturbs him, he rises with angry Republican buzz – what freedom is like his? 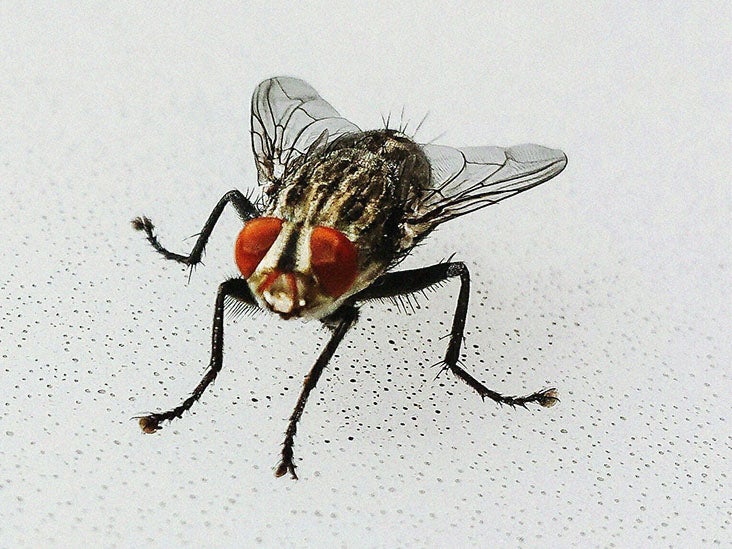 For captivity again, perhaps your poor watch–dog is as sorrowful a type as you will easily find. Mine certainly is. The day is lovely, but I must write and cannot go out with him. He is chained in the yard because I do not like dogs in rooms and because the gardener does not like dogs in gardens. He has no books; nothing but his own weary thoughts for company and a group of those free flies, whom he snaps at, with sullen ill success. Such dim hope as he may have that I may yet take him out with me, will become, hour by hour, wearily disappointed, or, worse, darkened into a leaden despair by an authoritative “No!”–too well understood. His fidelity only seals his fate. If he would not watch for me, he would be sent away to go hunting with some happier master; but nevertheless he watches, and is wise, and faithful, and–miserable: and his high animal instinct only gives him wistful powers of wonder, and sorrow, and desire, and affection, which embitter his captivity! Yet,  of the two, would we rather be watchdog–or fly? 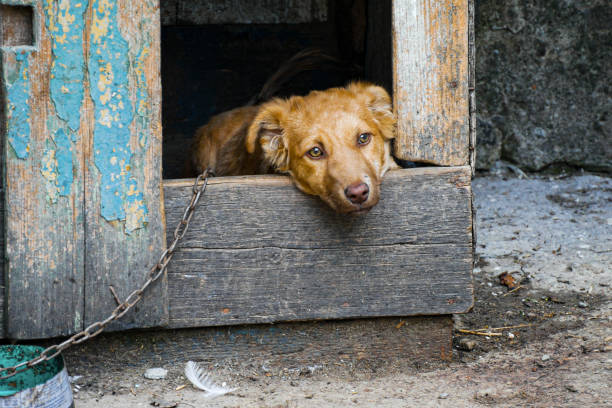 Indeed, the first point we have all to determine is not how free we are, but what kind of creatures  we are. It is of small importance to any of us whether we have  liberty; but it is of the greatest of importance whether we deserve it. If we can win it, fate must determine; that we may be worthy of it, we may ourselves determine; but the sorrowfulest fate of all that we can suffer, is to have it, without deserving it.

I have hardly patience to hold my pen as I remember this matter which resides in the modern notion that liberty is good for a man irrespective of the use he will make of it. Folly unfathomable! Unspeakable catastrophe impossible to look full in the face of… You will send your child, will you, into a room laden with sweet wine and meat – some poisoned, some not? You will say to him: “Try what you wish, my little child! It is so good for you to have freedom of choice–to form your vharacter, to shape your individuality! If you take the wrong cup or the wrong berry, you will die before the day is over, but you will have gained the dignity of a Free Child!”

You think this puts the case too sharply? I tell you, lover of liberty, that there is no choice but similarly one between life-and-death. There is no act, nor option, possible, but that a wrong deed or option has poison in it which will stay in your veins forever thereafter.  Nevermore, to all eternity, can you be what you might have been had you not so chosen. You have “formed your character! forsooth! No; for if you have chosen ill, you have De-formed it, forever! In some cases it would have been better for you if a red-hot iron had struct you aside,  scarred and helpless, than that you had so chosen. “You will know better next time!” No! Next time will never come. Next time the choice will be quite another aspect – between quite different things – you, weaker than you were by the evil into which you have fallen; it, more doubtful than it was, because of the increased dimness of your sight. No one ever gets wiser or stronger by doing wrong. You will get wiser and stronger only by doing right, whether forced or not. The prime–nay, the only–need, is to do that, by whatever compulsion, until you can do it without compulsion. Then you are a man…Your liberty is geometrically proportionate to your folly.

2 Responses to 228: Freedom (Or: Attending to Some Lessons taught by Flies and Dogs)