Not long after publishing a few fledgling essays on geology while a teen (still striking for their insight), Ruskin found Turner, or, better said, he found Turner’s art (later, he would find Turner with, ultimately, more complex results–but that is another story!). The art was glorious, art which was so powerful it put the art of nearly every other artist, prior or current, to shame. To Ruskin, if was as if the beauties of heaven had been made manifest on canvas.

It was not long, however, before the young admirer realized that not everyone shared his enthusiasm, for, at the time of his first Turner epiphanies the artist was being lambasted in the art press for his most irritatingly untraditional way of painting. Infuriated by the injustice, Ruskin determined thathe would  write a book in Turner’s defense, a book in which he would demonstrate beyond any doubt Turner’s genius as, at the same time, he damned the critics’ myopia.

The book appeared in 1843, bearing the rather ponderous title, Modern Painters: Their Superiority in the Art of Landscape Painting to All the Ancient Masters, its author recognized only as “A Graduate of Oxford.” The author’s father, John James Ruskin, had insisted on the anonymous notice for fear that, if the book were to be poorly reviewed, his son would be anathematized in the court public opinion just as his career was beginning. Such fears, however, proved groundless. Almost immediately, applause for his son’s book was both widespread and stentorian. One of its earliest notices printed in The Globe Magazine in August: This book, the writer said, thinking about its undesignated author, was

the production of one who is profoundly versed in the principles as well as in the mechanical details of…art… It is equally clear that he has studied nature with the
most enthusiastic devotion, and in localities and under circumstances especially propitious to that study. . .  It is evidently the work of a poet as well as of a painter, and one of no common order. The dryness which would appear to be almost inseparable from a disquisition on art is utterly lost in the bursts of startling eloquence, poetic feeling, and touching pathos, which everywhere abound in this beautiful book.

A month later, a second reviewer, writing for The Weekly Chronicle, after remarking that he did not know how to sufficiently “commend the beautiful spirit of the work,” said that the author, whomever he was, showed

great brilliancy of illustration, a thorough analytical mind, a minute observance of nature, and a great practical acquaintance with the subject he is discussing; [as a consequence] his pen, at all times, is instructive and interesting. Few books, indeed, that we have ever read purely dedicated to an analysis of painting contain such an abundance of materials, or evince such a profundity of thought in [their] reading as the work before us.

A third commentator registered  his enthusiasm with a story, explaining that he had been so taken with the book’s incandescent prose that, on the first evening he had the book,  he had retired to bed with great reluctance, following this with the revelation that, when he awakened in the middle of the night, he just put the idea of sleep away, picked up the book and read on without break until the dawn’s light appeared. That nothing of this level of brilliance had ever come his way in his long life as an art critic went without saying.

As if as a capstone to the year, in December, the reviewer for Fraser’s Magazine said:

We pronounce [this] volume to be one of the most interesting and important which we have ever seen on the subject, exhibiting a singular insight into the true principles of beauty, order, and taste; a work calculated, more than any other performance in the language, to make men inquire into the nature of these sensations of the sublime, the touching, and the delightful, to lead them from doubt into knowledge, without feeling the length of a way so scattered over with the flowers of an eloquent, forcible, and imaginative style.

The unnamed author of Modern Painters was 24 years old.

It was soon obvious that, if demand was to be met, a second edition would be needed, and, to introduce it when it appeared its mystery author (a fact which had occasioned much remark and speculation) would write a “Second Preface.” This the author gladly did, including in his remarks, the sentences below which, as we encounter them today, we can take as an illustration of the “transcendent prose” that had so energized the critics. The passage can also be read as a perfect example of the ability of the author of Modern Painters to teach his readers about the fundamental principles of not just art, but life, as his pages advanced. Here, he is explaining us why it is always the case that great art is like a gift from God, dispensing in an image, in words, or in lines of rhyme insights that bring us to higher levels of perception, “whispering in men’s ears, and lifting [what it shows] into visible angels.” (This last, a lovely bit from Modern Painters II.)

Every kind of knowledge may be sought from ignoble motives, and for ignoble ends; and, in those who so possess it, it is ignoble knowledge; while the very same knowledge is, in another mind, an attainment of the highest dignity, conveying the greatest blessing.

This is the difference between the mere botanist’s knowledge of plants, and the great poet’s or painter’s knowledge of them. The one notes their distinctions for the sake of swelling his herbarium, the other that he may render them vehicles of expression and emotion. The one counts the stamens, and affixes a name, and is content; the other observes every character of the plant’s color and form–considering each of its attributes as an element of expression, he seizes on its lines of grace or energy, rigidity or repose, notes the feebleness or the vigor, the serenity or tremulousness of its hues; observes its local habits, its love or fear of peculiar places, its nourishment or destruction by particular influences; he associates it in his mind with all the features of the situations it inhabits, and the ministering
agencies necessary to its support. Thence forward the flower is to him a living creature, with histories written on its leaves, and passions breathing in its motion. Its occurrence in his picture is no mere point of color, no meaningless spark of light. It is a voice rising from the earth, a new chord of the mind’s music, a necessary note in the harmony of his picture, contributing alike to its tenderness and its dignity, nor less to its loveliness than its truth.

Rather than discussing what’s above, I thought it might be interesting if we took a few moments to look at a pair of examples of fine art to see if and how they exemplify what the (still unidentified) author of the passage is trying to tell us. 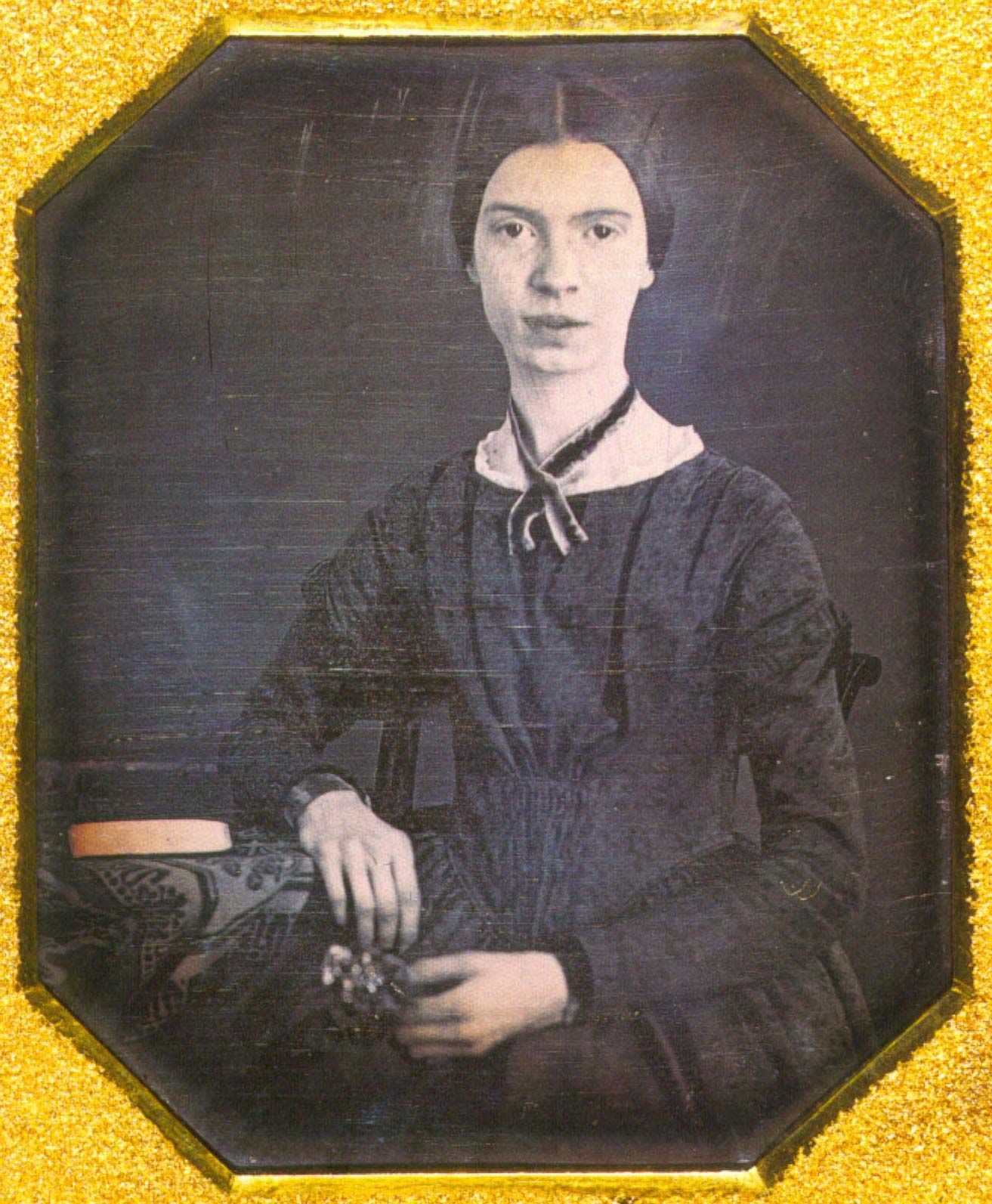 “To Make a Prairie”

To make a prairie, it takes a clover and one bee;
One clover and a bee;
And revelry.
The revelry alone will do,
If bees are few.

“The [scientist] counts the stamens, and affixes a name and is content, [but the artist] observes every character of the plant’s color and form; considering each of its attributes as an element of expression, he seizes on its lines of grace or energy, rigidity or repose, notes the feebleness or the vigor, the serenity or tremulousness of its hues; observes its local habits, its love or fear of peculiar places, its nourishment or destruction by particular influences; he associates it in his mind with all the features of the situations it inhabits, and the ministering agencies necessary to its support.”

The Gift of Art.

In the fall of 2013, the Japanese Ruskinian, Shoji Sato, was at Brantwood, Ruskin’s beautiful home in the beautiful English Lake District. For some years, Shoji had been a close friend of the great Ruskin scholar, Van Akin Burd [Post 52: A Book (for Van Akin Burd)]. In 2013, Van was 99 and, to honor him and his many decades of incomparable Ruskin work, Shoji had asked if he might plant a sapling of a Japanese cheery tree on the lawn outside Ruskin’s study window at Brantwood, a spot the author of Modern Painters cherished because of its unparalleled view of Coniston Water and, across that, of the mountain everyone knew as The Old Man of Coniston. With the approval of Howard Hull, Brantwood’s curator [who, in his spare time (not that there’s ever very much of that!), happens to be a fine artist], the tree was sown. In the years that have elapsed since, the tree has thrived, providing everyone who happens to see it in springtime with a heart-stopping vision of hopeful, life-affirming, new life-anticipating white and pink blossoms. This spring was no different. One day, as  Howard was walking by, it called out: “Howard! Don’t you think that you should paint a picture of me for Shoji and Van and everyone who visits Brantwood? It’d be particularly nice for those days when my blossoming time is over, or when the clouds come, or when the drearier days of winter arrive!” After which, Howard, thinking it a fine idea, did as he was bid: 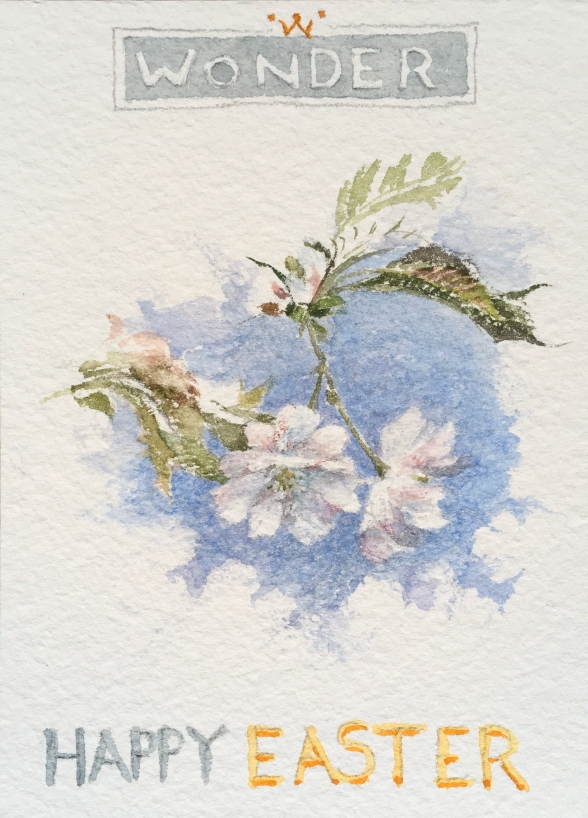 “And thence forward the flower is to him a living creature, with histories written on its leaves, and passions breathing in its motion. Its occurrence in his picture is no mere point of color, no meaningless spark of light. It is a voice rising from the earth, a new chord of the mind’s music, a necessary note in the harmony of his picture, contributing alike to its tenderness and its dignity, nor less to its loveliness than its truth.”

The Gift of Art. 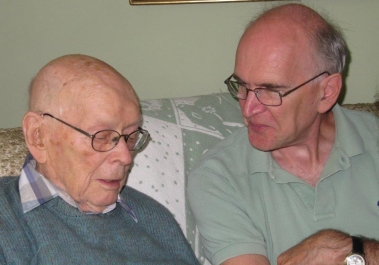 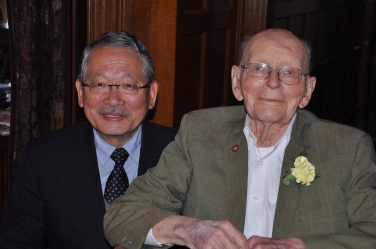 Do continue well out there!

P.S.: If you’d like to reread just two of the passages that so enthralled readers of the first volume of Modern Painters, see the links below:

On Turner (scroll down to the description of “The Slave Ship”): Post 37: Mr. Turner

P.P.S.: My thanks to Elena Karina Byrne, one of our very fine contemporary poets, for sharing this marvelous Emily Dickinson poem with me.