179: The Amazing Adventures of the Astonishing Cypripendium Reginae

For Renee Monson, a Flower Lover and Gardener

I got rather fond of the flowers at Chamouni, for there nature uses them…not to deck a bank but to paint a mountain.

“Flowers,” Ruskin reminded us, “are for joy”–and that means, at least for me, that this joy is at its height in spring, that fine season which is still very much with us here in Upstate New York.

In which context, you can imagine my pleasure when, not long ago, my lovely wife, Jenn Morris, handed me an issue of our premier regional magazine, Life in the Finger Lakes. Knowing of my love of these littler wonders of our world, a love much stimulated by Ruskin’s paeans to them (cf. Post 25, Post 31 )–and of my especially keen attraction to orchids, she wanted me to take particular note of an article that informed its readers, to my considerable surprise, that dozens of orchid varieties can be found here in Upstate, one of the wintery capitals of the United States!

Although it was hardly necessary, the author of the article included–perhaps as inducement for a traipse?!–pictures of some of these marvels. Here, for instances, are his images of the cypridenium parviforum (var. pubescens) and the colopagon tuberosus!

Sometimes, being lazy I suppose, we might, eschewing these scientific names for a moment, be tempted to refer to these particularly lovely plants as a “Lady Slipper” and a “Grass Pink.”

It is with this article in Life in the Finger Lakes in mind that I’d like–in the midst of this lovely spring–to return to an issue raised in a previous post (#107), where I summarized Ruskin’s argument, elaborated most extendedly in a late work, Proserpina, to the effect hat, while the attaching of Latin names to flowers might serve some purpose for serious botanists, it is a silly practice when it comes to regular folks and their enjoyment of these wonders. Worse, he said, it is a destructive practice, because the effect of the scientific descriptions is to destroy our human appreciation of the flowers so designated, an appreciation that is bestowed when we use our common names for them.  (Having another look at them, it is rather sweet, is it not, to think of the first picture just above as a “Lady Slipper” because it looks like one, and of the second, as a “Grass Pink” because is always found in tall grass and is pink!)

To get another view of Ruskin’s argument, here’s a passage from Proserpina where he is reviewing a scientific description of the common foxglove (Notes: the bracketed comment comes from another passage where Ruskin is writing about the foxglove, the tubular process he mentions was–partly–the subject of our last post, and the reference to Charon’s boat…well, I leave to you):

“The Corolla of the Foxglove,” says Dr. [John] Lindley, beginning his account of the tribe at page 195…of his Ladies’ Botany, “is a large inflated body (!), with its throat spotted with rich purple, and its border divided obliquely into five very short lobes, of which the two upper are the smaller. Its four stamens are of unequal length, and its style is divided into two lobes at the upper end. A number of long hairs cover the ovary, which contains two cells and a great quantity of ovules. “This” [scientific information] “will show you what is the usual character of the Foxglove tribe, and you will find that all the other genera referred to it in books agree with it essentially, although they differ in subordinate points. 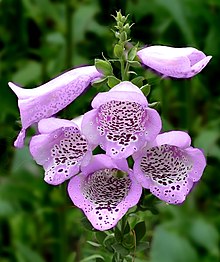 The Foxglove (aka digitalis purpurea)

None of which particulars concern any reasonable mortal looking at a Foxglove in the smallest degree. Whether hairs which he can’t see are glandular or bristly, whether the green knobs, which are left when the purple bells are gone, are divided
into two lobes or two hundred, and whether the style is split, like a snake’s tongue, into two lobes, or like a rogue’s, into any number, are merely matters of vulgar curiosity, which he needs a microscope to discover, and will lose a day of his life in
discovering! [Why it has been “called “fox’s glove” is unclear; perhaps because the thimble-like flowers are small enough to fit over a fox’s feet?”]

But if any pretty young [woman], escaped from the Plutonic durance of London, and carried by the tubular process which replaces Charon’s boat over the [River] Lune at Lancaster, cares to come and walk on the Coniston hills in a summer morning, when the eyebright is out on the high fields, she may gather, with a little help from Brantwood’s garden, a bouquet of the entire Foxglove tribe in flower, as it is at present defined, and may see what they are like, altogether. 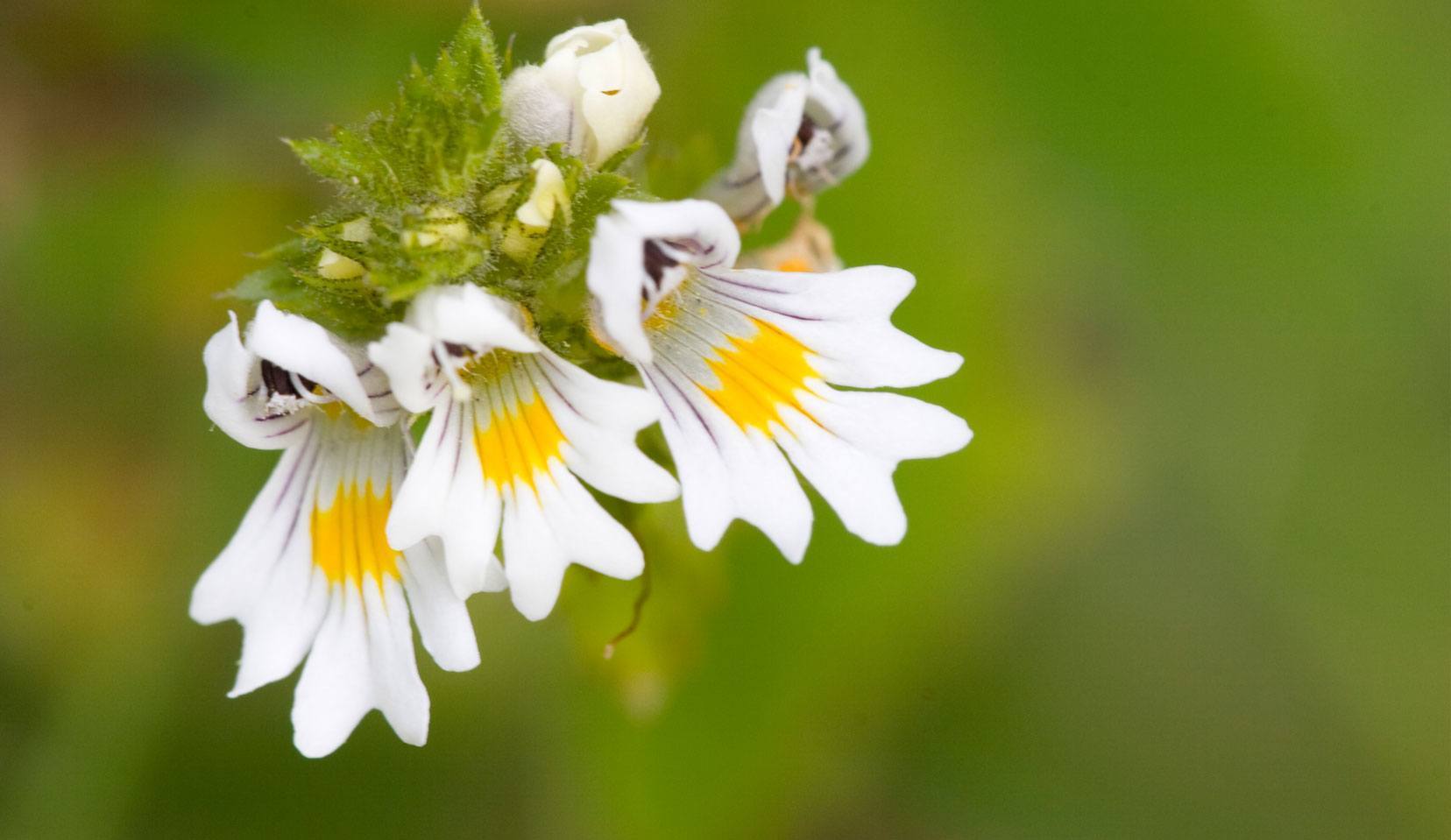 The Eyebright (aka euphrasis officinalis)

As he prepared for Proserpina, Ruskin made notes. Below are some concerning violets, transcribed from his manuscript by myself a few years back during one of my research trips to The Ruskin Library and Museum (now, The Ruskin: http://wp.lancs.ac.uk/the-ruskin/). Before he makes any given note, we should remember that, before he does so, he has spent a great deal of time reading scientific books describing the flowers and has now come to the point where he has to decide the names he will use for them in Proserpina, the goal of which is to create, for general use, a common sense nomenclature for flowers. Sometimes, as we’ll see, he decides he will accept a scientific name; as often, he wants to be rid of it. When he remarks that a name is “classical,” he means that the name has passed into common usage, which is sometimes acceptable:

I [now] run down [my] list, noting what names we can keep, and what we can’t; and what aren’t worth keeping, if we could…

(2) Biflora. A good epithet, but in false Latin. [We will call it] our Viola aurea, [the] golden pansy.

(3) Canina. Dog. Not pretty, but intelligible; and by common use now classical.
Must stay.

(4) Hirta. Late Latin slang for hirsuta, and always used of nasty places or nasty people. It shall not stay. The species shall be our Viola Seclusa, Monk’s violet—meaning the kind of monk who leads a rough life, like Elijah’s, or the Baptist’s, or Esau’s… This violet is one of the loveliest that grows.

(5) Mirabilis. Stays so; marvelous enough, truly, [but] not more so than [other] violets. But I am very glad to hear of scientific people capable of admiring anything.

(7) Odorata. Not distinctive. Nearly classical, however. It is to be our Viola
Regina, else I should not have altered it.

(9) Tricolor. True, but intolerable. The flower is the queen of the true pansies: to
be our Viola Psyche.

(10) Elatior. Only a variety of our already accepted Cornuta.

(11) The last is, I believe, also only a variety of Palustris. Its leaves, I am informed in the [scientific] text, are either “pubescent-reticulatevenose-subreniform,” or “lato-cordate-repando-crenate,” and its stipules are “ovate-acuminate-fimbrio-denticulate.” I do not wish to pursue the inquiry farther!

All of which, taken together, provide the following list for violets to be discussed in Proserpina:

This list, he says, on  it, is all well and good for the moment. But only for a moment because, before long, it will have to be modified–first because there are so many violets he has not included, and second because, as the list indicates, some violets are, in truth, pansies! and–not of a few of these are not violet! Problems that can only be solved by putting on boots, traipsing about, and looking.

Which brings us to this, most unscientific, conclusion: 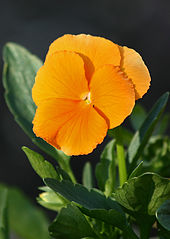 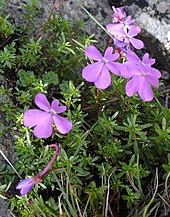 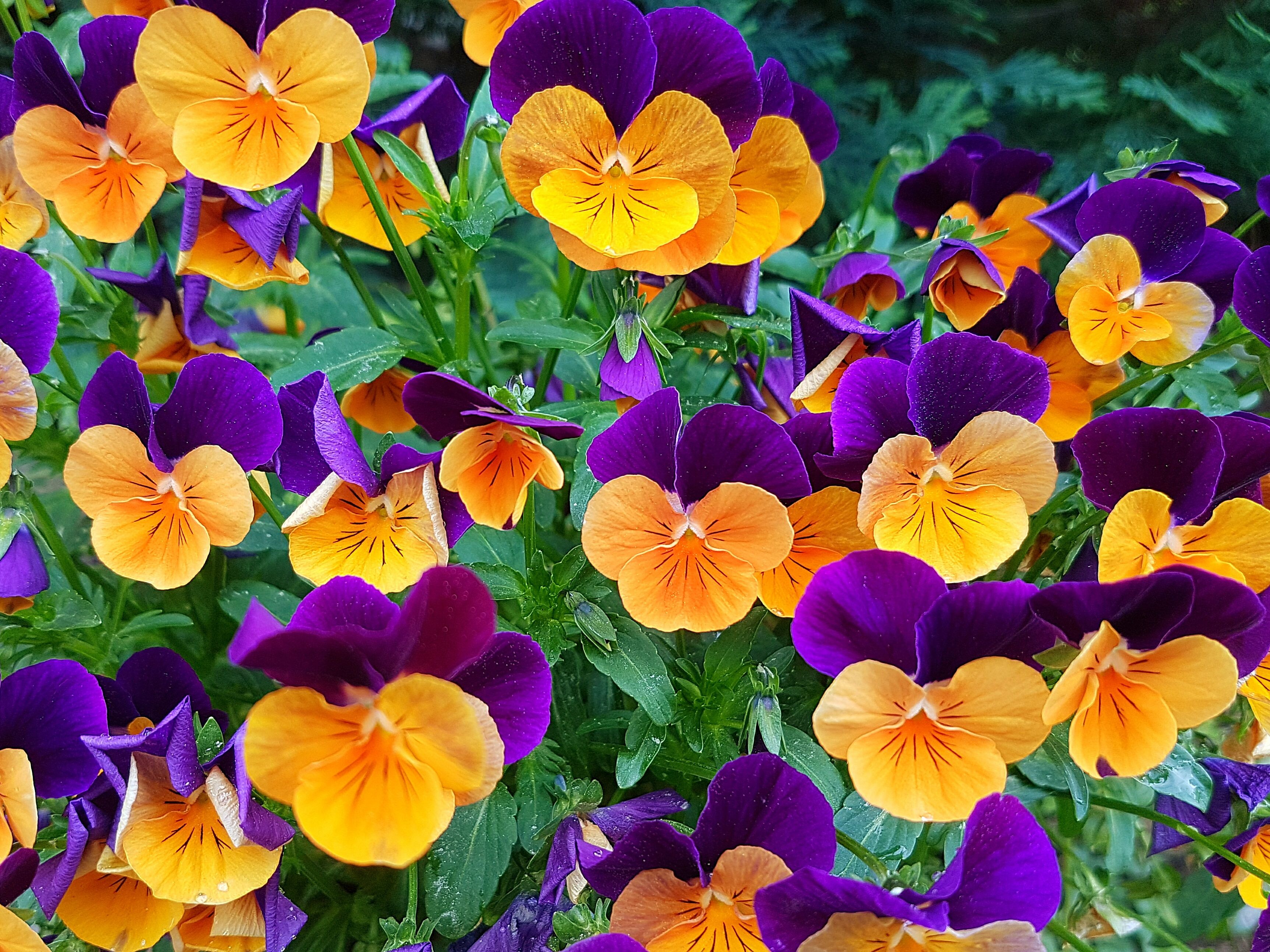 Be well out there in this marvelous springtime!

1 Response to 179: The Amazing Adventures of the Astonishing Cypripendium Reginae