Summer is all but upon us and, not infrequently, that arrival signals the possibility of reunion with the greatest of playwrights.

A deep, regular rereader of Shakespeare all his life, Ruskin’s references to him fill nearly six double-columned, tiny-type pages in the volume of The Library Edition of his works which serves as an index to all 39 volumes. In his lectures, essays, and books, references to the bard, to the inestimable quality of his thought, to the lessons his characters teach are never long absent. As (usually overlooked) evidence, he uses a portion of one of Shakespeare’s most famous lines as a chapter title in his autobiography, Praeterita–“The State of Denmark”—signaling to attentive readers that the place that is the subject of his chapter—Denmark Hill, the Ruskins’ home in South London—just might have had something rotten about it.  (The title of Praeterita’s following chapter–“The Feast of the Vandals”–underscores the imputation of discomfit not far beneath that supposedly satisfied domestic surface. It is a chapter where the family history continues and Ruskin tells the ethically ambivalent story of his father’s business ventures in the sherry trade, implying that, even though his father, John James, was, as his son described him on his gravestone, “an entirely honest merchant,” he was nevertheless involved in economic practices which did not always remunerate the workers in his Spanish vineyards as adequately as those sunburned hands would have wished, a practice, his son is painfully aware, that resulted in profits on which the son has lived commodiously for decades. But that is another story–sort of).

As we have learned, the 1850s were a time of rethinking for Ruskin.  His unhappy marriage ended in annulment in 1854, he was on the verge of abandoning his Evangelical faith (and would do so during a famous “unconversion” moment in Turin in 1859), and, daily, he was ever more convinced that his writings on art and architecture had not changed the world for the better as he intended.

Closely read with a knowledge of his life story, Modern Painters III and IV, both issued in 1856, chronicle these internal conversations as Ruskin tries to work out what he should do next.  In some chapters,  he reviews the works of the greats, asking himself and his readers what they have taught us which has been of true use, what they have set down that was helpful to the human race and the world. Shakespeare comes in for such reflection in the last chapter of Modern Painters IV, “The Mountain Glory.”  In the passage which is this post’s centerpiece, Ruskin, knowing that, in temperament and style, he is about as opposite to the great poet as might be imagined, gives what is, to my mind, one of the most remarkable and accurate assessments of the playwright’s genius of which I am aware.

Consequently, summer being that season when many of us run into The Worthy Elizabethan with some regularity in parks, on lawns, and on stages, I thought the paragraphs below might be not only of immediate interest, but might recall the theme of true books and true education which resided at the heart of our last post. While the whole of what follows is wonderful, it is in the third paragraph, after Ruskin has unpacked in the earlier paragraphs, what he believes to be the source of Shakespeare’s genius, that we find him—the consummate lover and champion of nature—implicitly comparing himself to the seer from Avon:

Shakespeare…seems to have been sent essentially to take universal and equal grasp of human nature, and to have been removed, therefore, from all influences which could in the least warp or bias his thoughts. [To do so, it] was necessary that he should lean no way, that he should contemplate, with absolute equality of judgment, the life of the court, cloister, and tavern, and be able to sympathize so completely with all creatures as to deprive himself, together with his personal identity, even of his conscience, as he casts himself into their hearts.  He must be able to enter into the soul of Falstaff or Shylock with no more sense of contempt or horror than Falstaff or Shylock themselves feel for or in themselves, otherwise his own conscience and inclination would make him unjust to them–he would turn aside from something, miss some good, or overlook some essential palliation. He must be utterly without anger, utterly without purpose. For, if a man has any serious purpose in life, that which runs counter to it, or is foreign to it, will be looked at frowningly or carelessly by him.

Shakespeare was forbidden by Heaven to have any plans. To do any good or get any good, in the common sense of good, was not to be within his permitted range of work. Not for him the founding of institutions, the preaching of doctrines, or the repression of abuses. Neither he, nor the sun, did, on any morning that they rose together, receive charge from their Maker concerning such things. They were both of them to shine on the evil and good [Proverbs 15: 3], both to behold unoffendedly all that was upon the earth, to burn unappalled upon the spears of kings, and undisdaining upon the reeds of the river.

Therefore, so far as nature had influence over the early training of this man, it was essential to its perfectness that nature should be quiet. No mountain passions were to be allowed in him. Inflict upon him but one pang of the monastic conscience, cast upon him but one cloud of the mountain gloom, and his serenity had been gone for ever—his equity—his infinity. You would have made another Dante of him, and all that he would have ever uttered about poor, soiled, and frail humanity would have been the quarrel between Sinon and Adam of Brescia [for these, see Inferno, xxx: 61, 98 seq.] speedily retired from, as not worthy of a man’s hearing; nay, not to be heard without heavy fault.  All your Falstaffs, Slenders, Quicklys, Sir Tobys, Launces, Touchstones, and Quinces would have been lost in that.  Shakespeare could be allowed no mountains, not even any supreme natural beauty. He had to be left with his kingcups and clover—pansies—the passing clouds—the Avon’s flow—and the undulating hills and woods of Warwick, Nay, he was not to love even these in any exceeding measure, lest it might make him in the least overrate their power upon the strong, full-fledged minds of men. He makes the quarrelling fairies concerned about them, poor lost Ophelia find some comfort in them…but any thought of them in his mighty men I do not find, [because these empathies are] not usually in the nature of such men. And if he had loved the flowers the least better himself, he would assuredly have been offended at this, and given a botanical turn of mind to Caesar or Othello! 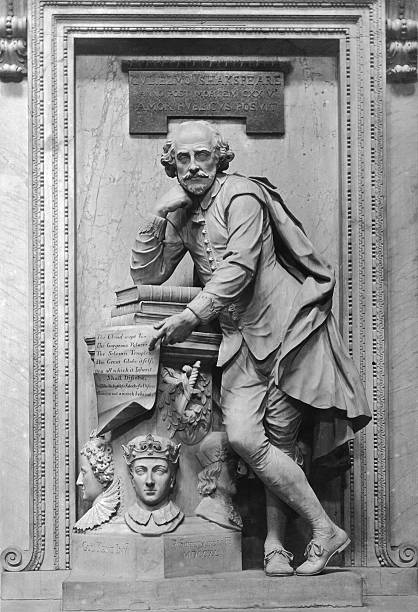 In which frame, enjoy those summer productions. And, if such refuse to find their way to you, you can, as these determinedly technodays go on, find them easily in recorded form, some of the best of these being, in my view, Franco Zefferelli’s “Romeo and Juliet” (I always imagine Shakespeare standing up and cheering at this film’s end, loudly proclaiming as he does: “Yes!! This is just how it should’ve been done, so much better than all those stilted, great actor versions!”); Kenneth Branaugh’s sumptuous and chilling, “Hamlet”; and the more recent, wonderful foursome broadcast on PBS–brought over to this side by agreement with the BBC–“Richard III,” with the sensitive Ben Whishaw as the strange and unhappy king, and Tom Hiddleston in the best versions I’ve ever seen of “Henry IV-Part One,” “Henry IV-Part Two,” and “Henry V”!! As you like it.

Be well out there in the lovely summer.